Folks ride for any number of reasons. Some looking for adventure ride great distances over rough terrain on bikes laden with all the necessities required to start a new civilization. Others sport tight shorts and jerseys looking as if they were applied with a paint roller. Typically this segment of rider is looking to find smooth pavement, log miles, and suffer up hills. Still more ride simply for transportation, to race their friends down the block, or launch off stuff.

There’s another force behind riding that doesn’t involve scrambling over rocky trails, or speeding over tarmac though. This group of riders rides for the satisfaction in knowing they’re going to stop your smartphone scrolling. …if only for a moment.

Usually this happens while you’re waiting for traffic to inch further through the Squirrel Hill Tunnel, or sitting in wait for the dentist to replace that filling. In short, when anywhere else than where you are looks like heaven.

I’m part of this latter group. While I like getting hopefully lost and bonking as much as the next recreational rider, I sure love cruising around and taking selfies just to let you know where you could be instead of stuck inside the Verizon store.

I’d like to share with you some choice selfie spots that I’ve found. Few bits of on street riding are necessary; all spots are accessible using Pittsburgh’s bike trails.

You will need a bike and a cameraphone capable of capturing hundreds of megapixels. I also heartily suggest a beard, because it’s not quite summer out there and it because #beard has 15 million Instagram tags.

Now, for those of you out there without a bike, don’t worry! We’ve got yinz covered! Not only can you impress your friends/admirers/followers with selfies around town, but you rub it in more because you went for a ride. #iwanttoridemybicycle. #adventuretime. #fitspiration. #exporeyourcity. #toomanyhashtagstolist.

I started my cruise from our shop on the Eliza Furnace Trail. The first obvious stop is the Hot Metal Bridge. Look, there’s even a pullout so you don’t have to stand in the middle of the trail and get clobbered by rollerskiers. 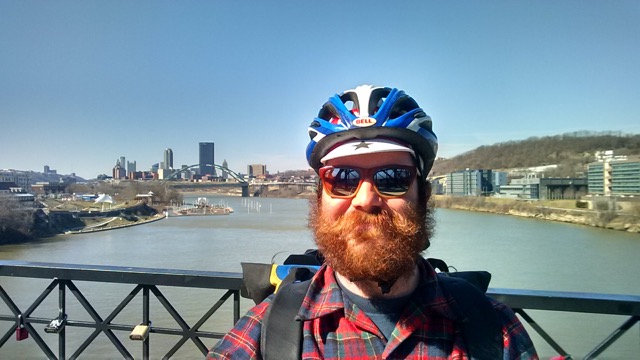 Next up, the source of all that is holy in Pittsburgh, the fountain and Point State Park. 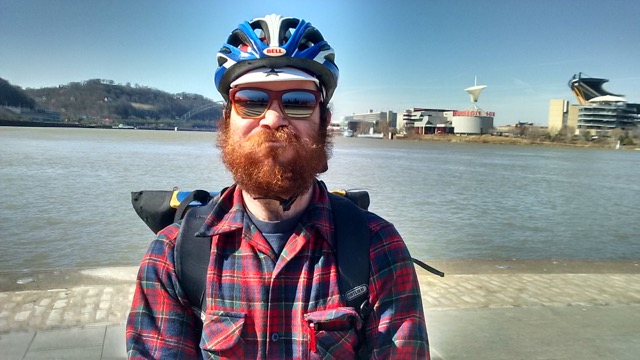 I only have to cross one more bridge before catching up with America’s favorite neighbor. I don’t think this statue is to scale, but I could be mistaken. 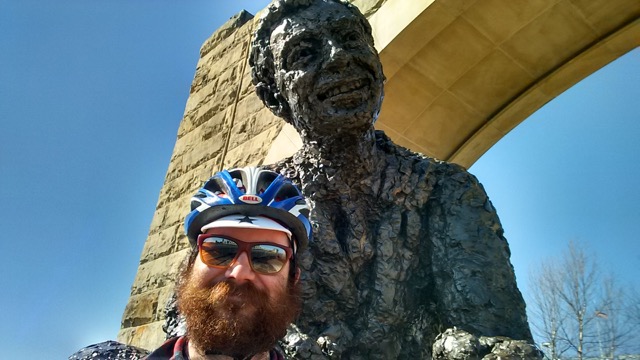 I’ll pick up the road for less than a mile splitting parkinglots who have been here for decades of tailgaiting. My destination is the largest tree in the oldest park. 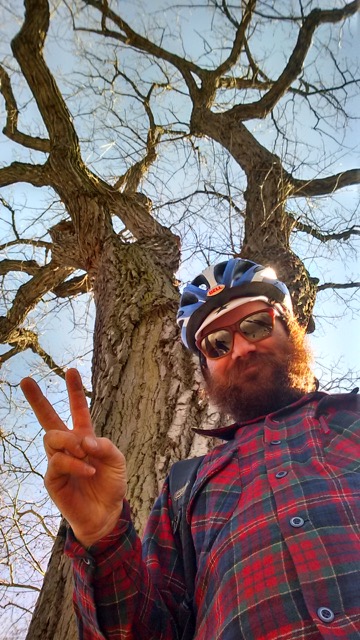 Heading back to the Northshore Riverfront Trail, I’ll make one more stop before heading home. How is it possible to have so many perspectives of the same city in a ten mile ride? 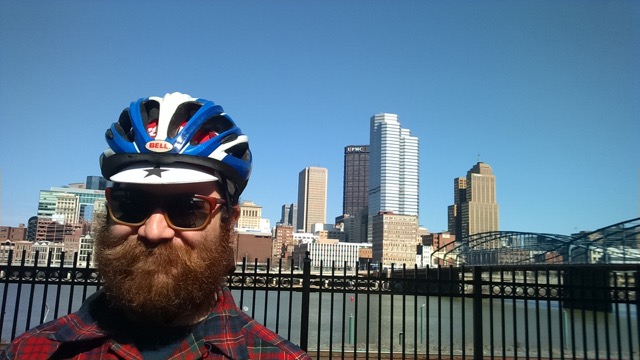